Every year on Christmas Eve, my family found ourselves without any plans. Being Jewish, we had no particular family events to attend so we usually spent the day on or around the couch. My dad's proclivity for black & white films and/or murder mysteries lead to the yearly exploration of the many adaptations of Sherlock Holmes.

There have been a few versions released recently, mostly notably Guy Ritchie's Sherlock Holmes, BBC's Sherlock, and CBS's Elementary. Each have their merits and "the best" has been widely discussed, but I wanted to take some time this holiday season to shed some light on what may be my favorite adaptation: season one of Elementary. 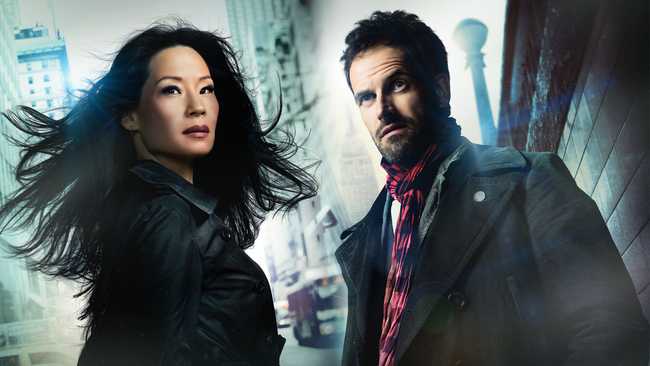 Adapting Holmes is a tricky thing- he's a well known character and most people have preconceived notions about how he and his compatriots should act and dress. Elementary helps differentiate itself via the bold statement of gender bending some of the main characters. Most notably, Lucy Liu's Dr Joan Watson provides a breath of fresh air to the time-hallowed duo. Mrs. Hudson's guest appearance finds her to be a drag queen, furthering its goal of a new experience.

Elementary doesn't shy from the idea that Sherlock is an addict, making it a core character trait instead of hinting at it like the BBC version does. Watson is initially hired as Sherlock's sober companion and their (wonderfully non-sexual) relationship grows throughout the run of the show. This and other choices (such as kink as a recurring theme) help season one feel unique among both other adaptations and the rest of the show itself. If we're being honest, later seasons saw the show's quality lose the consistency of the first season, but that shouldn't detract from the way you enjoy the strength of Elementary's freshman outing.

Adherence to the industry standard of a 24-episode season means that there are some episodes in the season that are largely skippable. If your TV queue is as packed as mine, I've taken the liberty of picking the 13 episodes you need to watch to get the core experience. Watching these will give you the slim, focused experience of one of the greatest storytelling efforts I've seen on network TV.

Lucky for you, Elementary is widely available for purchase online, including on Amazon, iTunes, and Hulu. Without further ado...

The first episode tackles the challenging task of re-introducing a classic set of characters. It takes care to emphasize some of Sherlock's less orthodox hobbies and posture him as a new take on an old idea.

This episode helps set the expectation that the show doesn't stray from the gruesome or surprising.

Besides a great plot, this episode adds some characterization to Sherlock's past.

Here we begin the tie in to the main arc for the season (with a great guest star). Every good story needs a villain...

One of my favorite plots, The Red Team considers the implications of society-ending catastrophes and the people that dream them up.

When Holmes crosses paths with a profiler, his abilities and psychosis are brought into question.

Sherlock is confronted with his life as an addict when an old dealer (played by great guest star John Hannah) comes into his life.

Not content with being the eternal sidekick, Joan's skills as a detective develop.

Snow Day episode where the heroes interact with their community. Everything feels different, which is fun.

Sherlock fights for information about his past. These episodes pair well together and serve as a build-up to the finale.

I'm not being sarcastic when I say this is one of my favorite finales in all of television. The characters are tested and must prevail in a grueling emotional episode. Enjoy it!

Each episode was selected for a combination of its writing, relevance to the season's arc, and overall originality. Rather than go through synopses of each episodes, I'll let them speak for themselves. These 13 hours solidify Elementary's case as one of the finest Holmes adaptations and are well worth your time. Regardless of what you watch this holiday season, I hope it brings you joy!